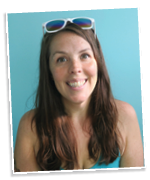 Jeannine Elder is a graphic designer, illustrator and YouTuber on a mission to empower women in their health journey, reach their ideal weight without feeling hangry and lead them to a healthy whole foods plant based way of eating.

She’s been a junk foodie her entire life which ultimately lead to health complications in her early 30s – eczema, gallstones and severe hypothyroidism due to Hashimoto’s disease.

Jeannine and her husband Scott switched to a vegan diet on May 21, 2011 after watching the documentary Forks Over Knives. But it wasn’t until she focused more on whole foods that she felt a significant increase in energy and overall well being.

In an effort to simplify and prove once and for all that a carbohydrate-rich diet does not cause weight gain, in February 2017,  Jeannine ate only potatoes for an entire month and as a result, lost 8 pounds, diminished junk food cravings and reset her taste buds.

Since then she has lost 30 pounds eating a potato-based diet and inspired many others to do the same. She has helped women with autoimmune conditions realize that they too can reach their healthy weight with the power of the potato.